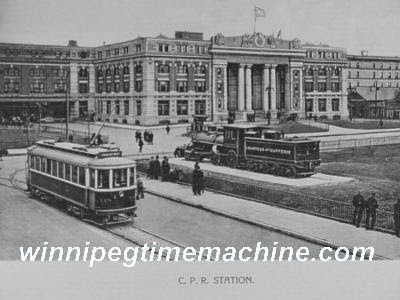 Observance of the Sabbath Vs Leisure

Winnipeg streetcars were finally permitted to run on Sundays for the first time on July 8, 1906. Until then everyone walked or used a bicycle to get around on Sunday. Across Canada, excepting Quebec, there were few things one could do on Sundays. Churches that wanted to keep the Sabbath had always opposed Sunday operation of streetcars. They wanted to give the street railwaymen time to worship. After all they were already working 10 hours a day, six days a week.

The first Sunday operation had been a one-time-only special occasion. It was the funeral of carman Patrick Mullan held on March 13, 1904. The cortege required 10 streetcars and thousands attended the passing of the cars through the downtown.

HOW SUNDAY OPERATION CAME INTO BEING

There had been several proposals to City Council and the legislature to permit Sunday operation of streetcars since the turn of the century. The issue was debated in letters to the editor of the Free Press. Some argued that with places to go that there would fewer drunks. Others argued that where this had been introduced, such as in Toronto, church attendance went up 20%. Sabbatarians argued that those cities that had done this were rapidly on their way to degeneration and ruin. It was put to the public a number of times. In Dec 2, 1902 Sunday operation was narrowly defeated 2,370 to 2,166 in a civic vote.

Finally on June 28, 1906 it was put to another public vote. The Free Press was a staunch advocate and said that Sunday operation was a “humanitarian necessity in this city of magnificent distances.” And that “people interested in vice do not need to go into the country to gratify their inclination towards wickedness.” The results were 2,890 for and 1,647 against Sunday operation. Winnipeggers were jubilant and took their first chance to head to the parks, completely jamming the cars assigned to that first day.

The cars operated from 7:00am to midnight and the fare was 8 tickets for 25 cents. Out of respect for Sunday the speed would be held to 6 miles an hour near churches and the gong would only be sounded in emergencies. Streetcars rolled down a double track running down the middle of Broadway Avenue with its young elm saplings lining the edges of the wide centre Boulevard. Those that did not go to the parks delighted in joy riding around for hours, enjoying tours of the city.

WHERE DID PEOPLE GO ON SUNDAY?

It was just in time for newly opened Assiniboine Park. People enjoyed taking the open streetcars to other parks like River Park, and Elm Park. They also went to Happyland Park, which opened in spring 1906. Happyland was located on the south side of Portage Ave between Sherburn and Garfield. It lasted 14 years and then became Dominion and Aubrey streets. The old bus turn around remains on Aubrey St. In 1907, a special line ran into St Charles Golf Club. For many years the streetcar was the only way of getting there and to all the golf courses. And right into the 1940s, people would carry their clubs with them onto the streetcars. 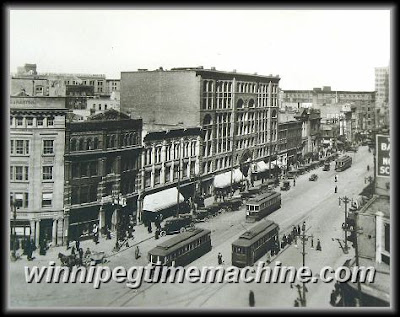