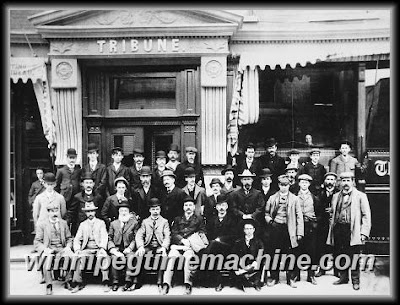 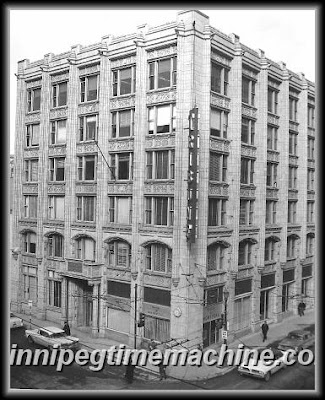 The End of Winnipeg’s other Newspaper

It was founded in 1890 by L.R. Richardson and D.L. McIntyre who scraped together $7000 to take over the press and premises of the old Winnipeg Sun. The Free Press had just bought the Winnipeg Sun. Its first issue of 2,500 papers came out on Jan 28 1890.

It took guts to start such a venture. By 1889 no fewer than 30 papers had started up and failed. Struggling under the restraints of outdated equipment and no telegraph service, the new paper managed to survive. Spurred by Winnipeg’s growing population and an economic boom the Winnipeg Tribune became a viable alternative to the rival Winnipeg Free Press.

While primarily regarded as an independent liberal paper covering local events and personalities, the Tribune also reported on national and international news. It became known for its crusades on various issues such as poor roads and lanes as in its spring 1893 campaign. Publisher RL Richardson was also a politician who was elected to Parliament three times. He remained independent and once offered a reward to anyone who could demonstrate the difference between a Liberal and a Conservative.

In 1912 feeling the economic boom of the city, Richardson decided to create a new building fitting of the Tribune and constructed an elegant terra cotta faced office at Smith and Graham. In 1920 Richardson sold out to Southam and he died in 1921. In those days good people had a job for life. Editor John Moncrief who started in 1890 would keep his job till 1937. He died in 1939. In 1965 the Tribune celebrated its 75 anniversary by printing that April 6, 1965 issue in exactly the same format, typestyle and layout as its original 1890 issue.

But on Aug 27 1980, out of the blue and without any warning, 375 people were out of work. Gene Telpner joked that he had just gotten new drapes and furniture. Val Werier who was with the Trib for 35 years said it was a shocking moment. But people in the pressroom knew something was coming because management had stopped the presses that morning, something they did rarely, and only for major events. What killed the Tribune? Corporate downsizing killed the Tribune in which the Thompsons, the owners of the Winnipeg Free Press, agreed with Southam, the owners of the Tribune, that they would each close down a paper in Winnipeg and Ottawa. It is hard to know why that wasn’t considered collusion.

When the paper closed, Winnipeg lost many of its favourite columnists: well-known writers like gossip and entertainment columnist Gene Telpner. There was also “Uncle” Vince Leah, who for 45 years wrote Winnipeg nostalgia and famous stories like the Time Building fire of 1954. Another favourite was Lillian Gibbons who wrote about local history, and wrote a column called, “Stories Houses Tell. Others who moved on included sports writers like Jack Matheson and Vic Grant. Jim Shilliday later worked for the Real Estate news. Another was Val Werier whose human-interest features soon found a spot at the Free Press.

We lost that intense competition between two equal players fighting to get the story. And much of the Tribune staff scattered across Canada. Just as the Tribune had risen in place of the Winnipeg Sun 90 years earlier, some out of work Tribune employees started a new paper and called it the Winnipeg Sun. 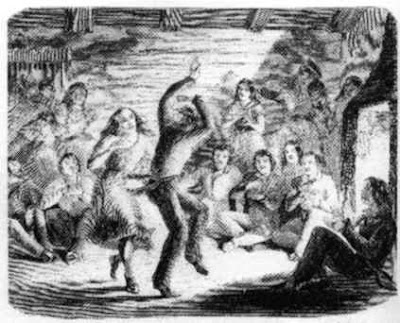 Saturday May 27, 1871 marked the first edition of St Boniface’s first newspaper called Le Metis. It gave a voice to St. Boniface viewpoints on the issues of the day. And as with all newspapers it was the result of one man’s vision for the community of St. Boniface. Joseph Royal, a lawyer who had come from Quebec at Ritchot’s urgence

was the man responsible for the publication of Le Metis. Another great man at the right time for Manitoba when he arrived in August 1870. Royal entered politics immediately and was part of Manitoba’s first legislature.

Le Metis became the instrument through which Royal could educate the French community about the news and issues of the day. It became the vehicle a community and political leader like Royal needed to get his message out and build a new community. Royal had created several literary publications before. Some avant guard and others like “Le Nouveau-Monde” established in 1867. Royal was as interested in journalism as he was in law and politics. Royal was an ardent defender of French language rights and committed to the principle of Canadian cultural duality. Especially those of the 10,000 people of mixed blood. Royal was described as a great story teller with a penchant for sarcasm and humour. Le Metis served as a forum of debate about the Riel question and the amnesty issue and Metis land rights.

Other English newspapers like the Liberal and the Free Press disagreed strongly with Le Metis. The feelings in this fledgling community could run very high. During the September 18, 1872 federal election, the offices of Le Metis which were not in ST Boniface but at the McDermot Block were ransacked and the presses were destroyed causing $8,000 in damages. It took 10 weeks to get back into production. The attack was attributed to Orangemen. But it seemed the paper was always on the move. In its ten years of life it had seven locations and three different owners.

It had lots of federal and provincial government notices on land and other legal matters. It was their financial support that made its publication possible till about 1879 when such support was discontinued. There were reports on what was going on in France and in Quebec. An 1874 issue reported flooding in France and subsequent issues listed the generous contributions from leading Winnipeg and St Boniface citizens to relief efforts. Le Metis also talked of the importance of education and Royal became the first superintendent of the Catholic School system.