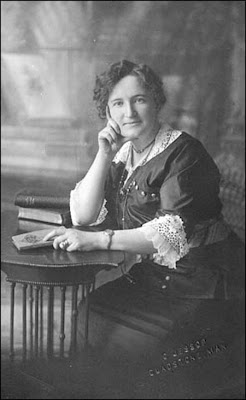 For a Short Time Only

LIQUOR IN MANITOBA
After a long campaign for temperance, Manitoba voters took a hard line against the social costs of liquor and voted to introduce prohibition 83 years ago on March 13, 1916. In the days of the Hudson Bay Co, liquor had been imported from Britain for residents of the Hudson Bay posts. The first provincial Liquor Commission was established in 1878 and it allowed one bar for every 300 people. With a population of 7,000, 23 licenses were allowed.

THE IMPACT OF PROHIBITION
In 1916 there were 196 hotels in the province, with 76 of them in Winnipeg. There were 40 liquor wholesale liquor stores and 7 breweries. Put out of work were 1,975 bartenders. Most were expected to move to wet areas in the US or in Canada. For enforcement officials the job became one of dealing with people who went underground with bootlegging. Prohibition lasted for 7 years till Manitobans had second thoughts. In 1923 by a vote of 107,609 to 67,092 Manitobans reversed themselves and decided to allow liquor sales once again. This time a provincially run corporation the Manitoba Liquor Control Commission would regulate the sale of liquor to Manitobans.

THE 1924 LIQUOR ACT
The act was fairly restrictive. The price had to be the same everywhere. Stores were located in Winnipeg, Brandon, Portage La Prairie, The Pas and Dauphin. Advertising was very closely regulated and had to be approved by the Commission. Billboard ads were banned. There were quotas on sales. One could not buy more than 24 quarts a week or 72 quarts of beer per month. Liquor had to be consumed at home only. There was to be no barter of liquor and no transportation of liquor in Manitoba. Liability for a drunken person’s death was established by the act to whomever had supplied it to the individual. Ten ratepayers could stop the establishment of a licensed premise or a beer vendor. And in fact the Mennonite Bible belt was free of liquor for many years. Today Steinbach remains as dry as it ever was. People, could be banned from buying liquor on the authority of the police magistrate or two justices of the peace. They were termed interdicted persons.

RELIANCE ON LIQUOR REVENUE
As with lotteries today, the question of govt reliance on liquor sales and taxes for revenue has always been a dilemma. Government has walked the tightrope of valuing the revenue from liquor while at the same time trying to balance the social cost of drinking in society.

THE BRACKEN COMMISSION
In 1954 a commission to study the Liquor Control Act was lead by ex Premier John Bracken. It conducted an exhaustive 750 page study that has the depth of social research you would expect if done today. In 1954 Manitobans had spent $43 million on liquor. At this time a good bottle of whisky cost $4-$5 and a 24 of beer were $3.27.

The research showed alcohol reduced inhibitions helped contribute to poverty and dependency. It struck a tone for scientific and objective reasons for temperance and not moralistic reasons. It surveyed liquor practises throughout the world and reported a s follows. China has a serious problem with opium. Columbia was suffering serious problems with beer made from corn. Mexico had the same problem with home brewed beer. Iceland had lived with prohibition for 40 years and seemed happy with this.

Russia was endemic with alcoholism. There was a liquor store for every 86 inhabitants: 8 times the norm. It was easier to buy liquor in Russia than to find a newspaper. Germany had once had a problem, but by this time it had gotten it under control. Holland was recognised as having the best policies for treatment of alcoholism, funded by the state but provided privately.

A new liquor act was passed in 1956, which is still in effect. It brought the consumption of liquor into the 20th century allowing a liquor vending system to be established. No liquor advertising was instituted. And it voted not to allow the sale of beer in grocery stores.

◀ THE WINNIPEG FOUNDATION
THE 1918 INFLUENZA OUTBREAK ▶