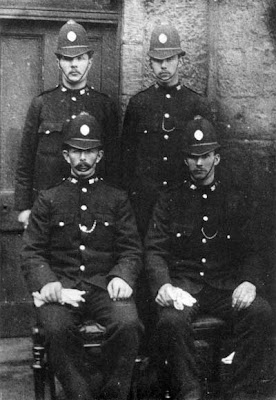 It has only happened once in Winnipeg’s history, a Police Strike, and when it happened 81 years ago June 9, during the six week 1919 general strike, it resulted in the firing of all but 23 members of the police and major changes in the careers of two police chiefs. Despite warnings by the Police Commission in 1917, Winnipeg policemen had formed their own union in July 1918. At a meeting of the trades and labour Council the newly formed union voted in support of the general Strike. Yet they stayed on the job at the request of the strike committee. In effect it replaced the city as their control.

It is thought the policemen having just returned from WW1, where they fought side by side with workers were sympathetic to the aims of the workers. On May 19 Mayor Charles Gray, asked the policemen to sign an agreement not to participate in a sympathy strike. Two hundred and twenty-eight refused and on June 9 all but the 23 who signed loyalty oaths were dismissed from the force. To keep order, a special police force was set up under Major Lyall with members of the Army and the North West Mounted Police. Three thousand “specials’ were hired.

On June 11, Chief McPherson took the fall for the policemen’s actions and was dismissed. McPherson had been chief from 1911 and a cop since 1903. McPherson had a good record and had been prominent in the successful firebug investigations of 1913. Deputy Chief Chris Newton who had been one of the 23 to sign the loyalty oath replaced the disgraced Chief MacPherson who was never given a satisfactory answer for his dismissal.

Hugh John Macdonald a member of the Police Commission fought against MacPherson’s dismissal. A year later MacPherson was still fighting for compensation and finally received $5,000, a year’s salary and a letter of recommendation. On June 21 the strike got ugly as two strikers were killed by Mounted Specials. By June 26 the strike was over and on June 27 the original policemen began to return to their jobs. Newton noted that 39 men several of whom had been active in the union should not be allowed to return to the force. Those that had stayed on during the strike received bonuses.

Chief Newton helped build morale within the dept. He helped organize the Winnipeg City Police Athletic Assoc and later the Police Pipe Band. Twenty five years later, at age 63 after a distinguished 33 year career, Newton would face his own crisis of confidence.

It started with a fight after a traffic incident at the corner of Broadway and Balmoral St.

In June 27 1934 300 pound Winnipeg Police Chief Christopher H Neuton was charged with beating up 145 pound Joe Erlicky closing his eyes shut. The Free Press showed the diminutive Erlicky with his eye closed shut. Neuton had the class to resign. After a circus of a trial Neuton was found guilty of common assault and had to pay a $20 fine.