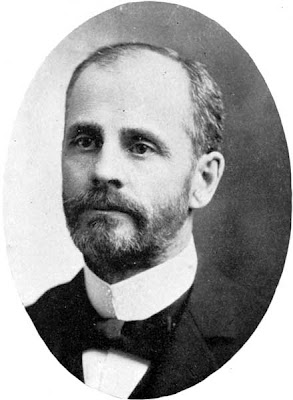 The Shoe King of Winnipeg

Thomas Ryan was famous as Winnipeg’s Shoe King, and as mayor of Winnipeg in 1889 introduced strict Sunday closing by-laws. Thomas Ryan was born in 1849 at Perth Ontario. In 1866 at age 17, he fought against the Fenians. He arrived in Winnipeg in 1874 at age 25 during the beginning of Winnipeg’s boom. Winnipeg was still the frontier town with horses and ox carts traversing the mud trails and the life of booze, bars pool-rooms and brothels sprawled around his 492 Main St. store.

Ryan had already apprenticed in the boot and shoe trade and with $70 of stock he brought with him to Winnipeg, entered the shoe manufacturing business. He went into partnership with a man called McFarlane whom he bought out two years later for $450. He was an immediate success and became known throughout the west as “The Shoe King” and by 1884 was doing the best trade in the entire country.

Ryan was a religious man who spent his time and money to help establish a community. Ryan had nine children. He became active in the newly organized YMCA and served as president 1883-1885 and he was also an early supporter of Grace Methodist Church.

Thomas Ryan was active in community life serving as an alderman between 1884 and 1888 and became mayor of Winnipeg starting in 1888. Ryan is credited with introducing the Ryan Sunday by-laws limiting Sunday shopping. The topic was frequently debated in Winnipeg churches and the Lord’s Day Alliance was a local group in favour of controlling Sunday trade. Officially called the Lord’s Day Act it tried to discourage Sunday shopping. Yet in many areas of life it was all but impossible to have people taking Sundays off. Newspaper delivery people, bakers, grocers, railway workers were all needed to do what they do seven days a week.

Over the years the laws waxed and waned on what could be open on Sundays and who could work. Human nature has always preferred the convenience of Sunday shopping. In a major clamp-down that occurred in 1908 the police recorded over 300 infractions.

Ryan’s original building on Main St just south of the old city hall was a landmark but was demolished in the 1930s. It was the first stone building in Winnipeg and had the first electric passenger elevator installed a decade later. His second building located at 104 King St. was built in 1895. This four storey building is fashioned in the Richardsonian Romanesque style and was designed by architect H. S. Griffith.

While Griffith designed dozens of Winnipeg buildings this is the only one remaining in Winnipeg. And it is one of the few buildings remaining in Winnipeg associated with a previous mayor. It suffered a fire in the late 1980s and is now boarded up with the owner prevented from demolishing it because of its Grade 2 historic listing.

Ryan was one of those that believed in the future of Winnipeg and did more than his share as a pioneering businessman, civic administrator and devout churchman. His contributions were both commercial and spiritual. Thomas Ryan died in Winnipeg on Nov 24 1937.