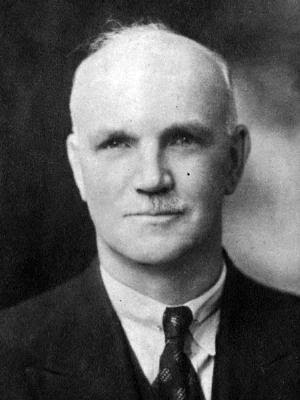 One of Winnipeg’s most successful mayors proved to be even more colourful than Steve Juba. His name was Ralph Web and he ran Winnipeg during the 1920s and 1930s. A “live wire” compared to all the grey businessmen mayors Winnipeg had till then. One year in Winnipeg and Ralph Webb is a last minute nominee to run for Mayor against an Independent labour party candidate.

Webb was born at sea on a trip between England and India in 1886. He knew no home and worked a sailing ship, on a railroad survey gang and ran a lumber company before moving onto a career in hotel management the manager of Montreal’s Windsor Hotel. Webb came to Winnipeg in to rescue the failing Marlborough Hotel in and soon found himself a candidate for the mayoralty.

Web was a man of strong and outspoken opinions. His comments provoked bitter reaction from his enemies usually from the side of labour and astounded his friends.

Webb joined the Canadian Army in 1914 and lost a leg at Oppy Wood. To almost everyone it was a badge of bravery. You could always hear him coming. A city solicitor of his day remarked that every step in his artificial leg earned him a vote.

So did his support of liquor reform, which was a long time coming. He recognized that it would be a big tourism asset to Winnipeg and asked the police to go easy on liquor issues. He himself was a tee totaler.

One of his earliest acts was to put up an electric sign on old old city hall saying Welcome to Winnipeg. Webb was known in the US as well as Winnipeg. He served eight one-year terms: 1925-1927 and 1930-1934. In between he served as an MLA for Assiniboia.

With his outspoken style Webb attracted the ire of his labour opponents, who refereed to him as Peg Leg Webb. In the 1928 Streetcar strike Webb maintained that it was caused by troublemakers that should be thrown in the Red River. Webb was taken to court and accused of

Webb proud to be a booster and was described as the best adman Winnipeg ever had. He resigned in 1927 to take the new job running the Tourism Bureau. He pioneered the Pines to palm car run on Jan 1926. Designed to create promote Winnipeg and make connections with Americans all along the way to New Orleans. Webb was also a big supporter of improving Highway 75.

He wanted industries to come to Winnipeg and had seen. There was not enough business development as Winnipeg lost in a sea of pessimism when he arrived. It was just after WW1, the completion of the Panama Canal and after the divisive strike.

◀ Thomas Mayne Daly
HOW WINNIPEG WON THE 1967 PAN AM GAMES ▶