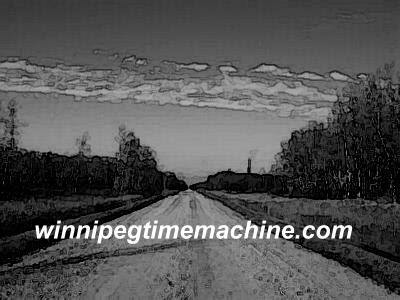 TheYellowhead trail is a route of provincial roads that follows some of the original trails that were employed first in the fur trade and later as the buffalo hunt extended west as far as Edmonton. The forerunner to the Yellowhead was the old Northwest trail. It once stretched from Winnipeg to Edmonton a distance of 3,000 km. Today it is an alternative route west to No 1 Highway west for those that want to take a little more time and go through more scenic areas.

The Yellowhead branches off No 1 just west of Portage La prairie even though the government is promoting Winnipeg and the Forks as its start. From there you take highway No 16 to Neepawa and then west through rolling plains and the woodlands south of Riding Mountain provincial Park. From there it continues through Minnedosa, and Russell and then into Saskatchewan through the Yorkton and Saskatoon. It goes through Edmonton and then through the Rockies to Price Rupert BC.

The name Yellowhead came from an Iroquois Metis guide named Pierre Bostonais who worked for the Hudson Bay Company. The French voyageurs called him tete jeune which translated into yellow head because of his blonde streaked hair. Bostonais came west from Quebec to work for one of the fur trade companies at about 1800. He is first mentioned as “yellow head” in the Hudson Bay Company’s 1819 records as working in the area of the Rocky Mountains. In 1827 Tete Jaune, his brother and their children and their wives were killed by the Beaver Indians on the BC side of the Rockies.

The first major recorded use of the trail was about 1840 with that year’s great buffalo hunt when more than 1,200 Red River Carts took the trail west. Later the trail became a highway for settlers moving to the south-west plains. And for more than 50 years, before No 1 it was the road west.

The Yellowhead Highway Association is billing it as one of the world’s great drives. In Manitoba it skirts just south of Riding Mountain Park providing scenery much more interesting than No 1. They say that because it is at lower altitudes that there is less snow on it, and it is less prone to weather closures.

At Portage La Prairie you can visit Fort La Reine Museum, one of La Verendrye’s forts. Next stop is Neepawa and the Beautiful Plains Museum. Neepawa was named Manitoba’s most beautiful town in 1995. Then there is Minnedosa, a great spot for waterfowl. Finally before leaving Manitoba you can visit Russel once a hub of the railways and home of Asessipi Park.